These two are recent additions.  Though one is an old friend, I felt I could not provide a proper environment for previously.  A time, in my life when I needed to change my directions.  She has been well taken care of, but changes in circumstance brought her back into my care two years later.  And she has brought a friend.  They arrived a week before Christmas as a gift from my husband.  (That I coerced from him..closer to the truth.)

I really missed her after letting her go......and the thing is, where I have placed her, I had all along.

The female was pretty much down for burmation when they arrived by the little male was reported to have been fairly active.  I managed to reverse that.  The male has been down since arriving, should be getting up shortly.  I think the stress of the move and new environment encouraged him to find a corner, close his eyes and hope things were more familiar when he awoke. 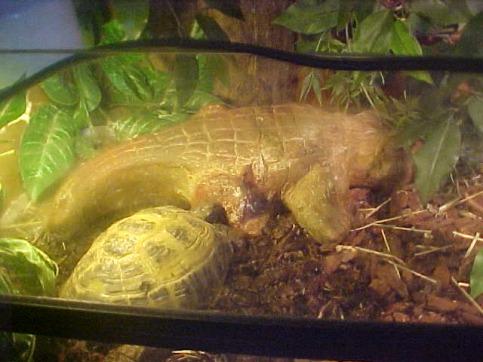 This is my Girlfriend.  She is approximately 8.5 inches long.  We won't be able to get a picture of her mate until he gets up.  He is 4.5 inches.  Just a little squirt! 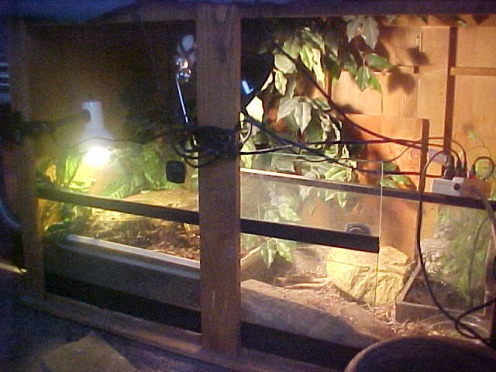 The Russians are housed in the wooden stand of a 110 gallon tank, occupied by a water dragon.  The dimensions of the stand are 4 by 2.   It is not looking too pretty, but it is functional.  In the far right bottom is the food dish.  The squared off area is running water with a fluval 2 submersible filter.  In the right center are some rocks leading to the second level, (great for keeping toe nails conditioned), which is just the top of plastic container 2 ft by 18 inches.  Which provides an extra 3 square feet of walking space and is the basking area, UVB 5.0 compact and heat lighting 100 watt wide beam.  Under this on the left is the den area.  The substrate is a hodgepodge of sand, dirt, bark and hay that is underlayed with a piece of pond liner.  It took less than a couple of hours for Girlfriend to figure out how to get up and down. 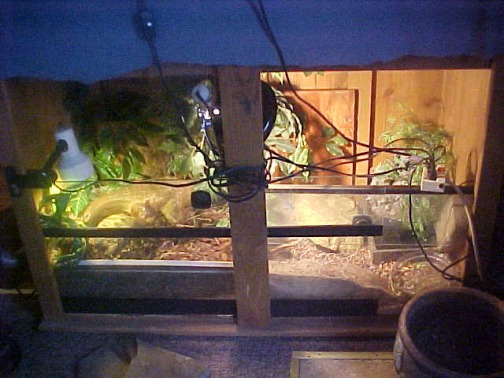 Now, Girlfriend deciding not to go back to her nap, may have had other priorities.  Stunning me when I turned on the lamps one morning with 3 eggs.  My first impression was they would not be fertilized.  After staring at them a few days and consulting with the previous owner, we decided it was possible.

For the first time in 8 years, I pulled out the new in package hovabator, and began setting it up.  The eggs were not in incubation for a week after her laying them.  Since, this is my first attempt at incubation, my chances of success are lowered.  But, using a flashlight, I can see chalking  (see explanation in links) and am seeing a shadow across the bottom.  My fingers are crossed.  But I am not seeing the veining.....could my eyes be too old?  Or am I just too inexperienced?  Or is the flashlight I am using not showing me the details?  Hmmm. 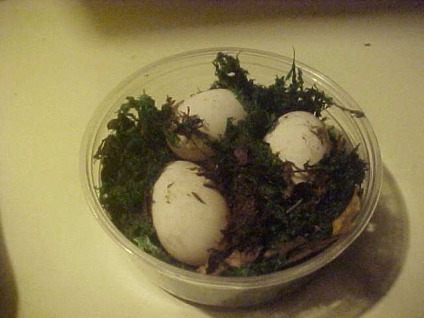 These tortoises are very active, rivaling many of the lizards in activity level.  Able to climb if the environment is appropriate.  I recommend some rock to climb over to keep the nails in check.  The Russians are a smaller species, will take a winter nap....and you can take a vacation without worry.   They love to be out in the yard when the weather is comfortable for their needs, munching happily on weeds and dandilions.  While if your attention is distracted it may make a break for freedom but will be findable with effort.  Better, penning them is easily accomplished.  Russians are herbivores.  You will never face a food crisis, as can happen in the winter months with omnivores and carnivores.

Choosing a tortoise as a pet is a commitment that could be longer than your lifetime and is not only dependent upon you but the next keeper that you give it to, as well.

We broke one egg with the thermometer probe and gave up on the others after approximately 4 to 5 months.....but I was wrong!  After over 6 months we have 3 beautiful little hatchlings.