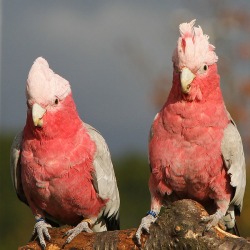 WRITTEN BY: FRANK IDIVIGLIO
ThatBirdBlog
Hello, Frank Indiviglio here.  Difficulty in breathing is often a bird owner’s first clue that something is amiss.  Wheezing, nasal discharge and other problems that seem related to breathing may in fact arise from any number of ailments.

Symptoms
The signs of respiratory distress are usually obvious.  The afflicted bird may physically strain to breathe, usually with the beak held open.  Its exertions may be accompanied by a heaving of the abdomen and nasal/eye discharge, and the tail may move up and down with each breath.

Common Causes
Infection by any number of pathogens – fungi, viruses, bacteria or protozoans – may be indicted by respiratory distress.  It is particularly important to watch your pets carefully during times of stress, such as moving or the onset of breeding behavior.  Stress can weaken the immune system, leaving birds open to attack by microorganisms that are common in the environment and usually well-tolerated.  Infection by the fungus Aspergillosus often occurs in this manner.

Toxic fumes released by heated cookware coated with Teflon and other “non-stick” chemicals may be at the root of breathing difficulties experienced by birds housed near cooking areas.

Less Commonly Seen Problems
Birds parasitized by a tracheal-dwelling nematode known as the Gapeworm (Syngamus trachea) will strain (“gape”) with open beaks when breathing.  Most common in domestic fowl, Gapeworms are sometimes seen in quail and softbills that are housed outdoors (earthworms and snails are intermediate hosts).

Other less commonly encountered problems include foreign bodies lodged within the nasal passages and allergies.  The only foreign-body situation I recall involved a Scarlet Macaw kept in a house under construction; the bird had apparently inhaled fiberglass.  The powder down from Cockatoos can cause allergic reactions in people and, it seems, in some birds as well.

Humidity
Air that is much drier or moister than that of a bird’s native habitat could irritate the respiratory system or lead to a fungal infection.  This would mainly be a concern for those keeping species that are specifically adapted to unique habitats.

Heat Stress
Birds cool off by gular flapping – pumping their throats rapidly up and down.  This is not necessarily related to respiratory distress, but it may be a sign that your pet is over-heating.

Emergency Care
The symptoms mentioned above are signs of a severe problem and should be acted upon immediately.  The first step is to remove your pet from the area if an environmental cause is apparent (i.e. smoke, fumes).  Outdoor air will be extremely helpful in clearing out the bird’s respiratory system.  A veterinary visit is called for, as clearing the symptoms may not address the underlying problem.

As in humans, a bird’s sinus cavities provide a perfect environment for the growth of various pathogens.  Populations can multiply with astonishing rapidity, so, again, a veterinarian should be consulted right away.

Keeping Bird and Bird Owner Healthy
Canaries were used to detect fumes/oxygen depletion in mines – don’t ignore this concept when dealing with your own pets.  Molds, fungi and, in some situations, accumulated rodent and roach feces, have led to asthma and other severe illnesses.  If your pet falls ill, check your home for possible hazards to your own health.

Further Reading
Wow!…this videohttp://www.youtube.com/user/Seaweedaids#p/a/u/0/NoZ31XtqF5cshows a Budgie that uses an elevator because breathing problems prevent him from flying.

Please write in with your questions and comments.  http://blogs.thatpetplace.com/thatbirdblog/2010/03/25/pet-bird-health-labored-breathing-and-respiratory-distress/ 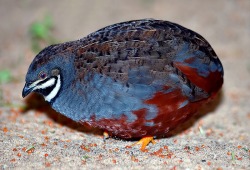