I've noticed alot of people getting mites at the moment and wanting help/advice. Some preferring to take the oil method as it is safer.  I have also seen people mentioning about these defender mites but had not purchased them as I have heard mixed reviews.

I always use Adrap and frontline, especially , with wc snakes  and these are treated by me prior to coming into my quarantine room.  A while ago I  took on another large scrub to add to my breeding collection, wc and very nasty.  She came a few weeks later than I orignally planned and thus my Adrap didn't really last any length due to the time scale.  A few days after having her in the quarantine room I noticed she was infested with mites....she wasnt checked prior due to her size and was stressed.

Anyway, I needed to treat her asap.   I  didn't want her getting worse....but with her being new and wc, I  didn't want to stress her out and really wanted her to settle in as peacefully as possiable as she has a habit of striking at the glass like most wc scrubs do. I felt it was better for her own health to not mess with her but to try these defender mites to treat her.

If these were to fail then me and a few mates could hook her out and frontline her and adrap the viv.

I decided to note down how well it worked after speaking to someone else that had used this method with great success.

These arrived the next day and quickly opened them and put them to good use.   From what I was told, they were poor climbers and needed damp substrate. I was using newspaper due it being a new snake, and I couldnt remove this substrate without disturbing the snake, so I changed my plan of action to some degree.

I opened them up and read the instructions thoroughly. 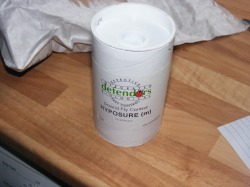 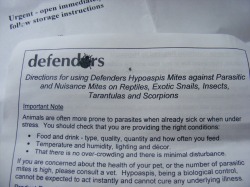 I then decided to add clumps of crushed coconut shell(damp bark) in the vivarium in several areas. 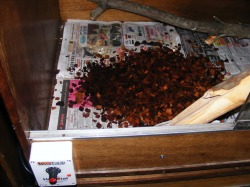 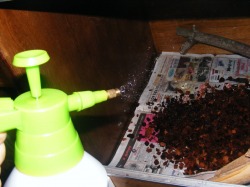 I then added the mites in clumps around 4inches wide and 1 inche deep, in place close to eachother over the bark and damp areas 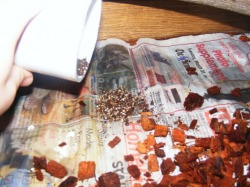 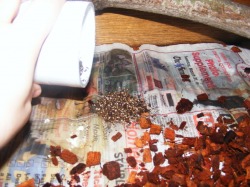 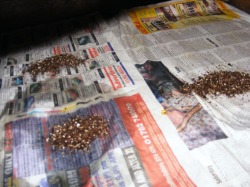 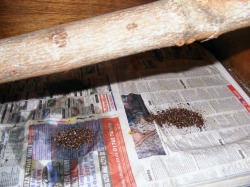 After this I misted the enclosure 3 times a day with a very fine spray.
I checked the snake again at just under 24 hours and noticed mites on it still, but no where near as many.

Within 3 days I couldnt see any on the snake.
1 week on still not a single sign of a mite.
After 2 weeks I fed her a jumbo rat which she took and coiled around...giving us a good shot of her belly scales....nothing there what so ever.

To close the thread, these defender mites the way I used them completely took a heavily infested snake and wiped them all out within 3 days and I haven't had any problems since with her.

If anyone is thinking of using these I definately recommend them as they take out the hard work and stress to your snake.
On behalf of the readers here at the Bamboozoo, our appreciation for sharing your knowledge with us Christian.
Christian Castille
xtramilereptile.co.uk

HAVE YOU EVER USED DEFENDERS?   TAKE OUR 5 QUESTION POLL AND ADD YOUR OPINION.