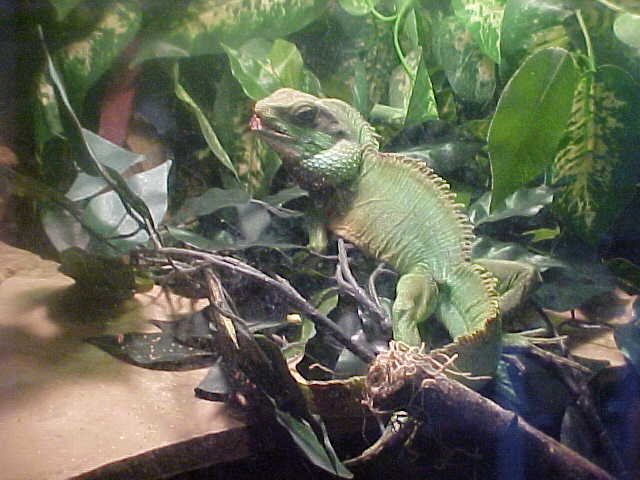 This is R&R.  R&R has been here just over a year.  He came in a 35 gallon tank, small water container ~maybe 6 ounce container, 1 branch to narrow to support him, he was full grown but his age wasn't known.  He had been living off of dry cat food for 8 months or so.    He was unbelievably emaciated.  And he had a pretty bad case of mouth rot.  The results of which you can see in the photo.  The photo above is about 2 months in.  His rear legs are looking good muscle mass returing.  His body is still slender and there are no fat reserves yet.  His head looks too big still.  There is still some secondary shed on his spikes.  He has just reinjured his mouth.

Fattening him up was easy.  He was more than cooperative about eating everything in sight after a couple of electrolyte baths.  The snout damage was more complicated.  I used Polysporin a couple of times a week on the area.  Made progress, which he would in turn set back by going into panic attacks and damaging it to the point of bleeding often.  Taking him out of the original environment I had had him in, which is a set up open on 3 sides to viewing and placing him into the hexagon was a smart move. 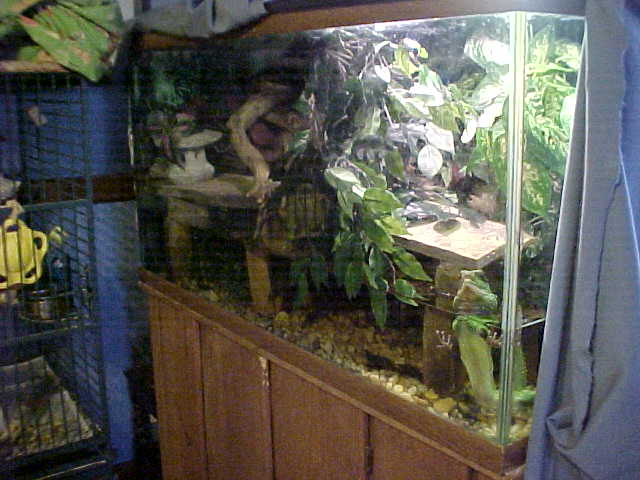 There are 2 separate issues.  Snout damage will eventually bring on mouth rot as a fungal infection resulting from the tissue damages of jumping or scraping along glass walls combined by their water source not being scrupulously clean.  When R&R arrived the inside of his mouth was black on both the outside of the teeth and inside along them as well.  The lower part of his lip was missing baring the teeth and the upper gum was missing as well.


*The polysporin/neosporin/  for the outside injuries will help.  It is not ingestable so care must be taken that it cannot be eaten.  It  is a good product IF the injury hasn't resulted in damaging the jaw internally.    Swabbing the mouth with a watered down vinegar of any kind will also kill bacteria.  I use white vinegar but many use apple cider.  Twice a day would be successful.  Aim for a 3 to 5% ratio of vinegar to water.  A small amount of vinegar in their drinking water and/or chamomille tea as their drinking water will also be beneficial. Mouth rot can spread into the bones, in which case the treatment is much more complicated and should be seen by a vet.

With the exception of his first week in the hex, he has done little more damage to himself and has settled well.  The hex is covered on 5 sides, has lots of dark areas and hiding places, has a loud splashing that likely covers more external noise.  Water dragons dive for water when afraid and the full water base in the hexagon is likely helpful as well.  It is also tucked into a corner.   Use of an electrolyte will help them settle in faster.

For much, much more and accurate information on this topic follow the link below.  Tricia's pages can be a huge resource for MANY water dragon issues, as well as other species.  Click here: Snout Rubbing - Effects of, and Prevention - Chinese water dragon lizards (nose, face, lip, damage) 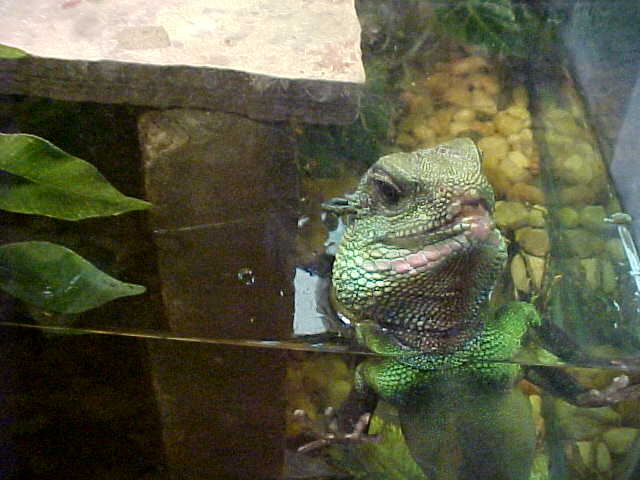 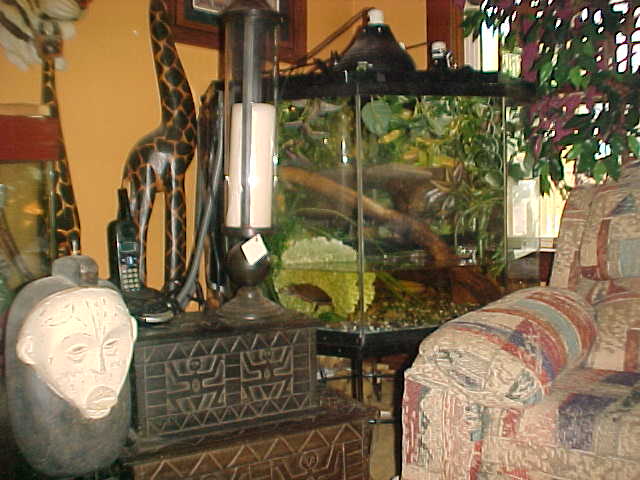