WARNING:  USE CAUTION WITH BUTTERWORMS 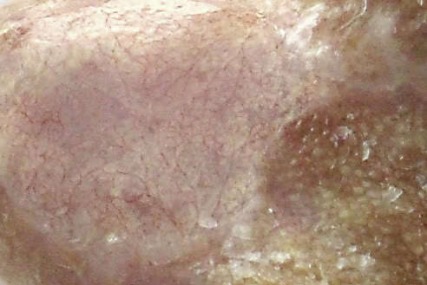 ARTICLE BY:  A. PARKER
http://www.iherp.com/Styx 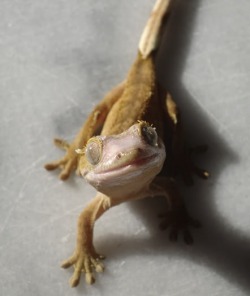 A Warning: Use Caution With Butterworms These injuries are as a result of feeding butterworms to my baby geckos. I will start off with clearing up any speculation - no there is no possible other cause, it was without a doubt the butterworms.

I hand fed the worms myself, I saw it happen with my own eyes, and there is nothing in their enclosure that could wound them in such a manner. I do not use unusual chemicals near the reptiles and the baby cresties do not have any heat source.

I am posting this because I feel others, especially crested keepers, should be aware of the potential danger. No other crested should have to suffer as mine are suffering.

With that out of the way, I'll explain.

I ordered a bunch of butterworms online and decided to feed the smaller ones to my babies cresties in an effort to get some really nice protein and extra nutrition into their growing bodies. I first crushed the head of the worm so that it couldn't bite them and then fed the worms to them via tweezers. As the geckos ate and bit the worms, they arched and got a clear fluid onto the geckos' faces (and in the gargoyle's case, one arm as the gargoyle shook his head from side to side). I didn't think anything of it, cleaned everything up, and put them back in their enclosures. The next day I noticed a wine-colored "stain" where the juice had touched them. Other than the color, it looked normal so I thought nothing of it. I simply thought it was just that - a stain from the juices of the butterworms that I had missed. The geckos behaved normally, continued to feed, and looked normal other than the discoloration.

Then they shed. The shed came off normally, but revealed a severe caustic burn on the animals. The skin felt tacky and took on the appearance in the photos. I called my vet and she recommended I put a salve I had gotten from her and that I do a Litmus paper test. I also sent her photos of the geckos.

I was positive the test would come back as abnormal, because of the lesions on the geckos' faces. But, I did the test, both a base and an acid test, and both came back as a neutral ph. On April 8th 2010 I took the geckos into the vet for her to examine closely in person and told her of the results. We're both stumped. Both my vet and my sister (who is perusing a degree in bio-technology) theorize it could have been an unusual chemical reaction between the butterworms and the skin of these geckos. Without more research, we're unsure of where to go from here. My vet has posted the photos on a DMV forum she frequents, to inform others also and to see if she can get any further information. Without intentionally burning more geckos to study the reaction and take samples, we're not sure of how to further research this incident - and neither my vet nor I consider this an option.

I have fed butters for years to other reptiles, chameleons in particular, but also my AFT with never any incident. It seems the rhacs have more delicate skin, as the baby crested, the one that seems to have the most delicate skin, suffered the most severe injuries. The gargoyle, which seem to have tougher skin than cresties, was not as badly burned.

In closing, as I said, I just wanted to get this out, and to warn others in the Rhac keeping community - feed your animals with caution. 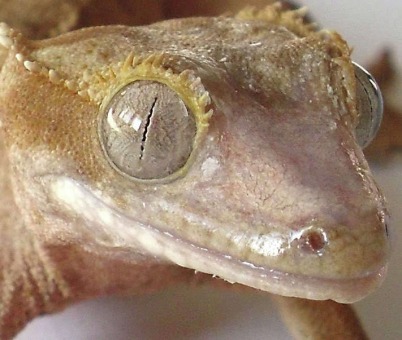 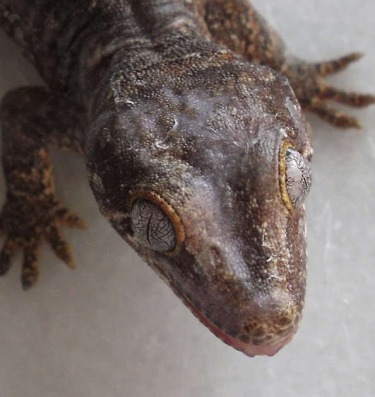 The residue you see in these photos is actually the salve I've been using, I wasn't able to wipe it all off for these photos.
Styx can be found at:
http://www.iherp.com/Styx
Share |